“Falling Up” is the inspiring, true story of Meg Johnson, a woman who accidentally fell off a 40′ cliff, became paralyzed, and surprisingly found happiness. Meg stars as herself in this engaging short film.

I was paralyzed March 6, 2004 in a hiking accident. One minute I was standing on the rocks, the next I woke up face down in the dirt at the bottom of a cliff.
I was hiking a red rock path in St. George, Utah and was jumping from rock to rock on the tops of some boulders.

I jumped from one boulder to another…to another…
And then I jumped for one last boulder – and it was the last time I ever jumped.

Every so often, life kicks us off our comfortable path.
And as hard as we try, or as loud as we cry, we can’t get back on.
It happens with losses, like deaths.
Or gains in duties and responsibilities.
Or changes in health, family, or locations.

And it feels as if life has ripped the ground right out from under us, and we land face down on a dirty new trail. And no matter how we try, we can’t get back to where we were before.

And that last time I jumped, there was no boulder there. By accident I had jumped off a cliff.

I woke up, with my face in the dirt 35 feet below the rocks, not on the path where I had just been standing, but on a new life path. But here, on my new path, I am unable to stand.

At the hospital, the doctors told me that I was paralyzed.
They said I would be a quadriplegic for the rest of my life.
There is no cure.

So I reached inside me and found something that wasn’t broken – my heart.
And I told them that I don’t believe in being paralyzed—it won’t keep me down.

Ralph Waldo Emerson says: Our greatest glory is not in never failing, but in rising up every time we fail. Though I can’t stand, I roll along my new path and have discovered just how beautiful it is. And if I could go back to seven years ago and stand on the tops of those boulders, I would jump.

And so it is that you and I will often find ourselves face down in the dirt of a new path – so, so different from our old one. And it’s then that we have to ask, do I believe in being paralyzed? 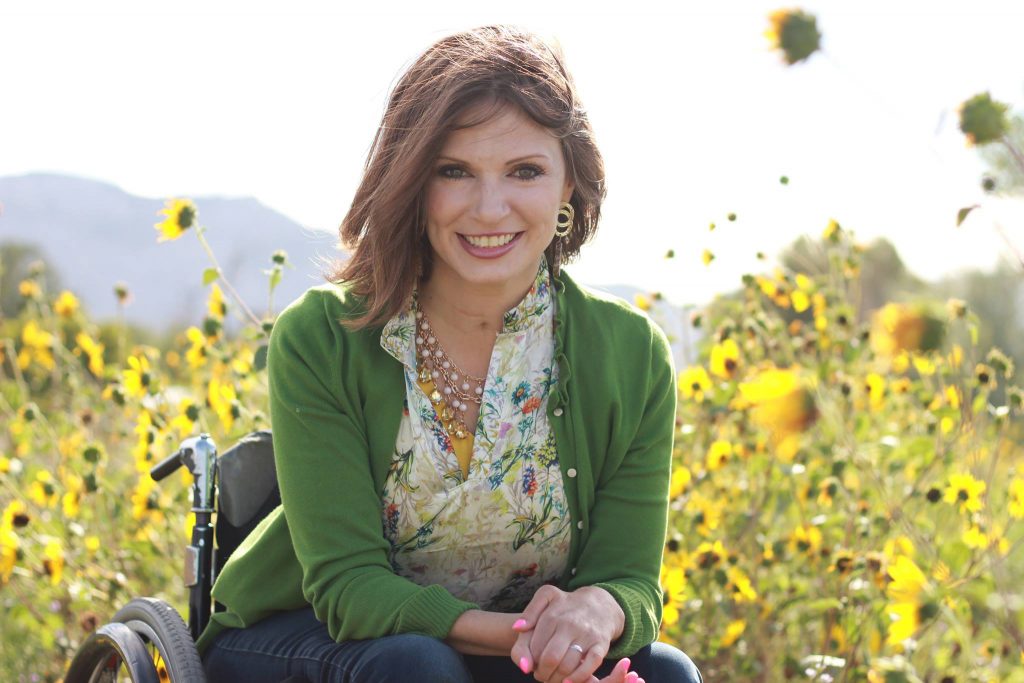